The library, in cooperation with the Chatfield Center for the Arts and Wits’ End Theatre, will be showing an award-winning, first run, independent or foreign film at Potter Auditorium every second Sunday of each month beginning in February!  This is your chance (if you are 17 or older) to see independent and foreign films, for free, on the big screen, in historic Potter Auditorium! 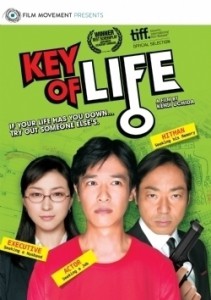 LA Asian Pacific Film Festival says it is “a very clever and comical farce of mistaken identities.  It’s essentially TRADING PLACES through a Japanese lens and the result is one of the funniest and cleverest Japanese films in a long while.”
*******

“This brilliant comedy of mistaken identity won the Best Screenplay award at the Japanese academy awards, but the acting will have you falling out of your seat laughing. With shades of It’s a Wonderful Life, Some Like It Hot, and Fletch, it’s one of the best comedies to be made in decades.” – Judy Gelman Myers from Director Talk